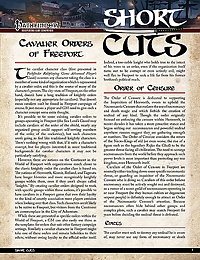 Here’s a new entry in our Short Cuts series of Pathfinder-compatible PDFs. These are tightly-focused PDF products that look at a single topic relevant to the Pathfinder Roleplaying Game. All Short Cuts are appropriate for use with Freeport: The City of Adventure, but can also be easily used in any Pathfinder RPG-compatible campaign setting.

Short Cuts: Cavalier Orders of Freeport is a 6-page pdf that presents five new cavalier orders as found in the World of Freeport, but appropriate for use in any Pathfinder Roleplaying Game-compatible campaign setting. Each order presents its own edicts, challenge, skills, and abilities.

Get the Pathfinder Short Cuts: Cavalier Orders of Freeport PDF today for just $2.95!

Greetings! I am Barry Wilson and I’m Green Ronin’s Boatswain of the Booth at Gen Con. I talk to quite a few people who come to our booth at Gen Con. One thing that I’ve heard people say over and over to me is: “I really want to play this game, but I can’t find a game group to play with.” I’m here to help. (Note: because Green Ronin primarily sells RPGs that’s what people are talking about when they tell me this. This advice is applicable to every type of game. )

Step One: Define Your Goals

The first thing you need to do is define what you’re looking for, and what you’re willing to accept. Maybe you’re really looking to *run* a Titansgrave campaign. But, you’d be willing to accept *playing* in someone’s Dragon AGE game. Or, maybe you can only find people who really want to play Fantasy AGE but don’t want blasters in their fantasy, thank you very much. Is that acceptable to you? END_OF_DOCUMENT_TOKEN_TO_BE_REPLACED 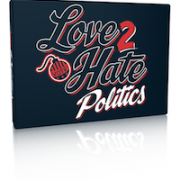 When considering the current state of our politics, what can you do but laugh? Love 2 Hate: Politics is here to help! This 108 card expansion adds a slew of new sentence Starter and Finisher cards to the game. Mix them in with your standard Love 2 Hate cards or play the expansion on its own for a themed experience. You may hate politics, but you’ll love this expansion! 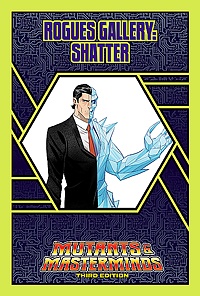 Michael Schepkin gained fame and fortune as a glass artist, but grew tired of his aging human body. Merging old-world superstition and his own spark of creation, he forged himself a new body of glass and fire. His mind damaged and his identity and celebrity lost, Shatter uses his strange new powers to steal the form and fame of others.

Rogues Gallery … villains galore! Each Rogues Gallery entry includes a complete super-villain profile and character sheet with Mutants & Masterminds Third Edition game information. It also includes the villain’s background and various adventure hooks to use the character in your own game. Each entry is illustrated and, as a bonus, includes the villain’s game information in Hero Lab format, so you can import it right into the character management software and use it in your game (or modify it as needed) right away. Where else can you get a super-villain for less than the price of a cup of coffee? It’s positively criminal! 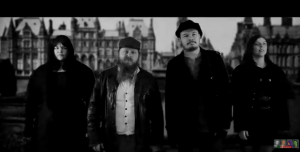 Since the release of the new edition of Hero High for Mutants & Masterminds Third Edition, the stalwart gamers of the Bacon Battalion have been playing a teen-hero Mutants & Masterminds game set during the Second World War, under the guidance of Guy Sclanders, who runs the Great GM channel on YouTube.

The Actual Play Series is just getting started, with two episodes (and a couple of teaser videos) released thus far, so it’s easy to get caught up with the group’s adventures. If you enjoy watching online RPG game play in the style of Critical Role, Tabletop, and other shows, or you’ve always wondered how Mutants & Masterminds game play looks, check out the linked playlist above and, to the stalwarts of the 121st Division of the Bacon Battallion…keep em’ flyin’, heroes! 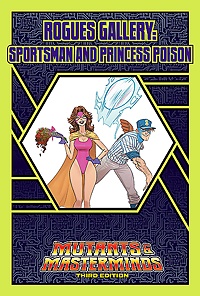 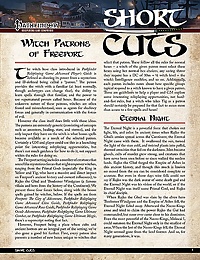 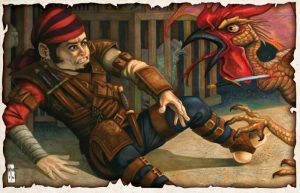 Redjak was born into the extremely narrow middle class of the Eastern District in Freeport. His parents ran a successful haberdashery, and his earliest memories were of well-dressed patrons speaking kindly to him as his father measured their hat sizes, and his mother offered them tea. As most smart halflings in the Eastern District, his family was officially a member of the Halfling Beneficent Association, but they made sure to distance themselves from its more questionable activities. They were wealthier halflings than most, and could even afford dues to the Golden Pillar Society. His parents assured him that if he worked hard and walked the straight and narrow line, Redjak would have a better life than even his parents. END_OF_DOCUMENT_TOKEN_TO_BE_REPLACED 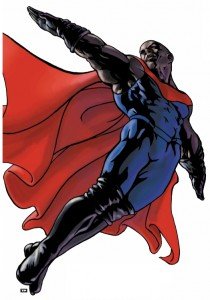 We have not one but two Mutants & Masterminds Bundles of Holding on sale right now! The links below will take you to the core bundle and the Power Boost bundle, which includes many M&M supplements from the last couple of years.