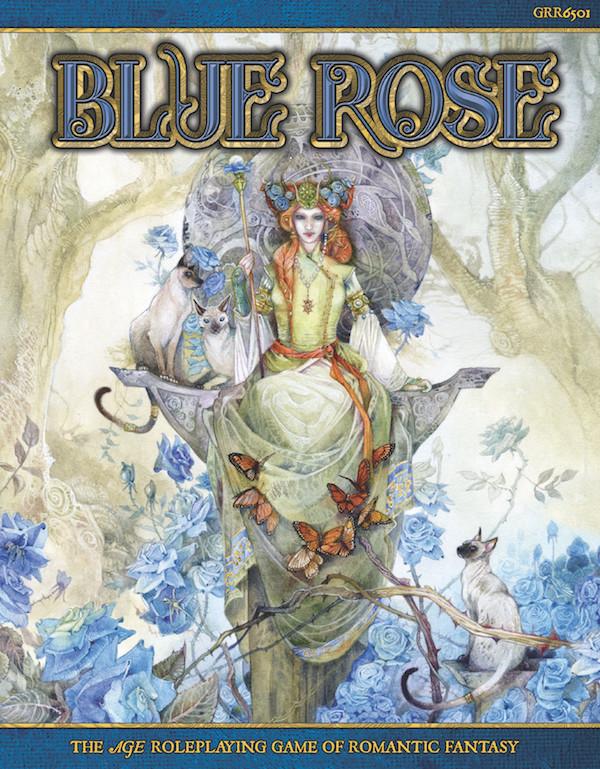 Blue Rose is set in a world called Aldea, and most campaigns center around the Kingdom of Aldis. Aldis is a monarchy whose ruler is chosen by divine intervention rather than inheritance.

A decade ago Blue Rose shook up the RPG scene with its vision of romantic fantasy and inclusive gaming. Now the world of Aldea returns in a new edition using the Adventure Game Engine(AGE), the popular rules that power the Fantasy AGE and Dragon Age RPGs. This beautiful, full-color book contains everything needed to create and tell stories of heroic envoys of the Sovereign’s Finest as they protect their homeland of Aldis from threats like the shadowy Kingdom of Kern and the fanatical Theocracy of Jarzon, as well as monsters and artifacts from the cruel reign of the Sorcerer Kings. Aided by the rhydan—their psychic animal allies—the champions of the Kingdom of the Blue Rose safeguard the light of the world against the power of Shadow. Populations of sentient telepathic animals are prevalent in Aldis (talking animals are a common theme in fantasy literature, but far less so in role-playing) and are considered equal citizens on par with humans.

Will you answer the Sovereign’s call?

Level: Any - no book purchase required

Ground rules: This is an inclusive event in the spirit of Outsider Comics and Geek Boutique, and all game member's behavior should be friendly and helpful. Any person being rude or disruptive will be removed from the game.