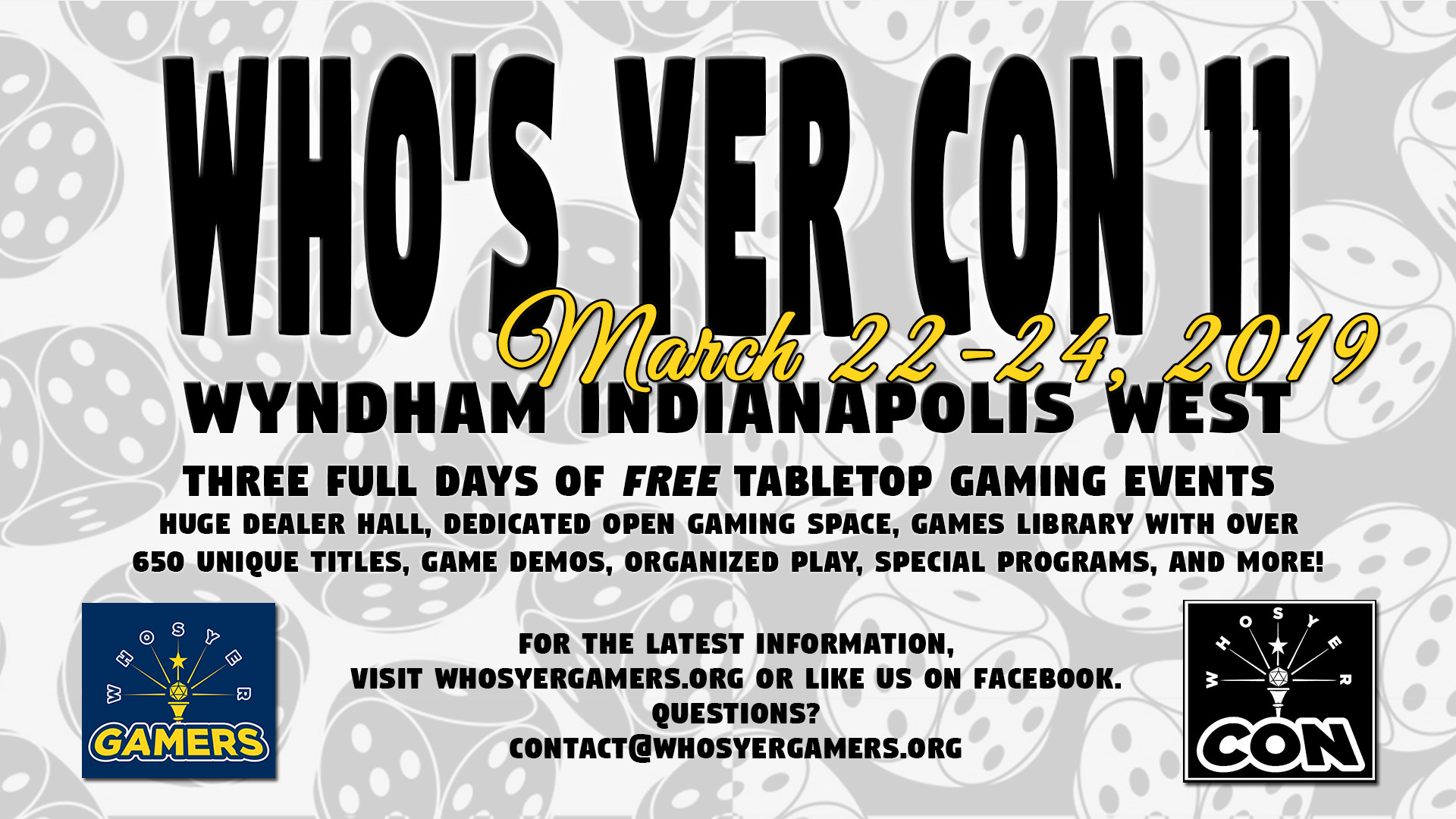 Who's Yer Con is a free gaming convention, and the flagship event put on by Who's Yer Gamers each year. Its history includes three years under the moniker "MavenCon" before its official branding in 2009, and has been held at various locations in the Indianapolis metro area due to constant growth. March 22-24, 2019

Events are both in the Tal'Dorei Campaign Setting and can be found by searching 'Tal'Dorei' in the Event Catalog: