It’s January once again and that means it’s time for me to talk about our plans for the new year. The good news is that we’re in a better position than we were a year ago. Sales on our core lines are strong, product flow has been improved, and we hired three new people in the fourth quarter of 2011. We are kicking off 2012 with a bigger staff that we’ve ever had before and a plethora of projects to keep us busy and you gaming all year long. So let me get right to it!
Dragon Age and the Adventure Game Engine
I’ll start with a game near and dear to my heart: Dragon Age. We are currently putting together Set 3, which covers levels 11-20 of play. As with Set 2, we’ll be doing a public playtest of the Set 3 mechanics (I hear those are all the rage these days!). Will Hindmarch is preparing files for that as we speak, and that should begin by month’s end. In the meantime, you can check out the sweet Set 3 cover I’ve included in this article. We’ll be following up Set 3 with another adventure collection called The Deep Roads. This will be similar in format to Blood in Ferelden, but with an underground theme. 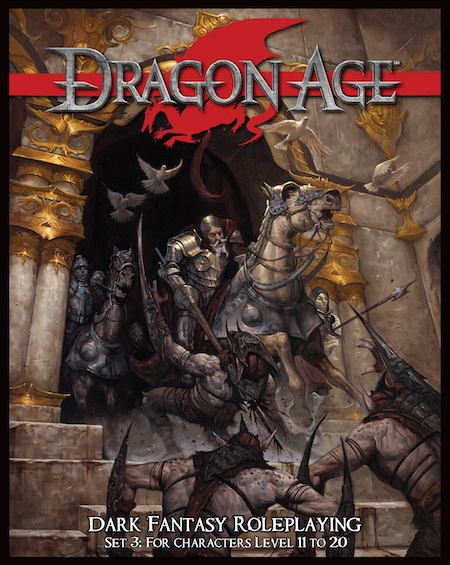