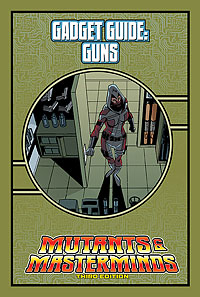 Some heroes look on them with disdain, others use them as essential equalizers. All heroes have to deal with them sooner or later. Guns are the most common type of modern weapon, used by criminals and the authorities opposed to them, by national armies and the agents of criminal masterminds.