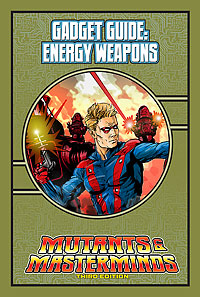 Since the days of pulp heroes armed with "ray guns" various types of directed energy weapons have been part of the superhero genre. Heroes and villains are frequently armed with them, and minions from uniformed agents to robots wield them. This Guide looks at energy weapons from lasers to blasters and energy blades.