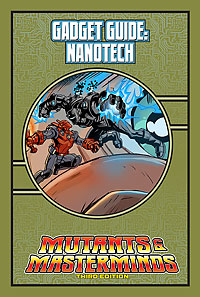 The dreams of a lot of early science fiction and comics revolved around "big iron"—technology that was larger, more impressive, and more powerful. More recent science and fiction have focused on the power of technology that is smaller—a lot smaller. Nanotech puts control over the basic building-blocks of matter into the user’s hands, able to create—or destroy—on a scale that is anything but small.