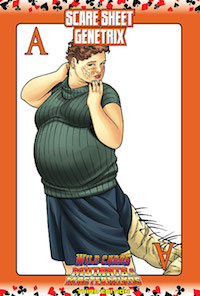 For Niobe Winslow, motherhood is both a fervent hope and a curse. The wild card virus has given her the power to birth aces, but her diminutive offspring are short-lived, and Niobe is on the run from those who see her—and her children—as nothing more than resources to exploit. (For Mutants & Masterminds Third Edition.)

In other Wild Cards news, it looks like we forgot to actually let you know about SCARE Sheet #15, Noel Matthews, here on this blog. In case you missed it, you can get that SCARE Sheet, too. We promise it’s as fresh as when it was first posted. 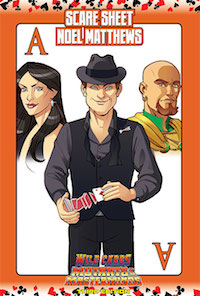 The spy game has been called a "wilderness of mirrors," but what—and who—Noel Matthews sees when he looks into one depends on the time of day. Is it the feminine avatar of the night, the masculine avatar of the day, or the intersexed British secret agent of the Order of the Helix?

ps: Why not try it with a side of Spy-Tech?