Hello everyone, hope the holidays are treating you well! Jack here to give you some news about two new PDF series we’ll be releasing for Dragon Age in the new year and a continuation of an existing series.

END_OF_DOCUMENT_TOKEN_TO_BE_REPLACED 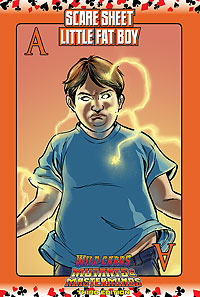 When a small town in Texas was destroyed by a nuclear blast, the authorities found a single boy, unharmed, at the heart of the explosion. It wasn’t a terrorist strike or a foreign attack, but young Drake, nicknamed "Little Fat Boy," with the power to explode like a tactical nuclear bomb, a living weapon every political power in the world would like to control. (For Mutants & Masterminds Third Edition.)

We are pleased to now be able to offer gift cards in our Green Ronin Online Store! This is a brand-new feature in the store platform we use, and it works a bit differently than, say, giant online retailers named after South American rivers. Here’s the scoop:

1) You don’t know what your friend / grandpa / daughter / boss already has, but you know they like our stuff. Hey, how about a gift card!

3) Check out. Once all the bookkeeping is out of the way, the store will present you with a nice gift card image with the magic code. You can email it to your friend from there, or print it out. You will also receive an email with a link to the gift card.

4) Once your friend / grandpa / daughter / boss gets the code in their email inbox, or when you hand it to them, or when they find it under a tree or in a sock, they can come shop in our online store and use the code on the Payment page during checkout.

Shopify tells us they’re working on more gift card features, like the ability to enter a different email address than yours as a “shipping” address.

Get someone a Green Ronin Gift Card today!

Hey everyone, Jack here. So for today’s Ronin Round Table I wanted to step into a bit of design discussion. Not just game design, but character design, encounter design, and session design by talking about how we use NPCs, particularly antagonists, in games. Not hard to see why this has been on my mind: In addition to working the usual mix of supervillains, fantasy monsters, and kung fu killers to fit into various projects, I’ve been looking at and discussing monsters and baddies even more because of the new Advanced Bestiary Kickstarter that we’re running here at Green Ronin. The product is spiffy and awesome and you should totally check it out if you like Pathfinder or just want a book of great ideas and examples of how to spice up, modify, or mod antagonists in a campaign. However, I want to draw the conversation out to a slightly more "meta" level and talk about using stuff like templates, special rules for mobs and minions, etc…

END_OF_DOCUMENT_TOKEN_TO_BE_REPLACED

Although many of the gadgets used by comic book characters can be considered “powers” in their own right, some gadgets are specifically focused on interacting with super-powers in different ways: enhancing them, weakening them (or blocking them altogether), or granting them to those who might not otherwise have them. Gadget Guide: Powers looks at these types of gadgets and how they can affect the powers of characters in your own M&M adventures.

Note: These are the same PDFs found in the Emerald City PDF set. Also, Secrets of Emerald City includes a PDF of the city map. 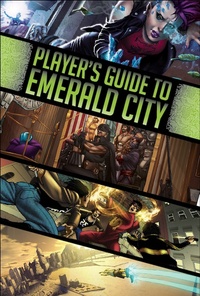 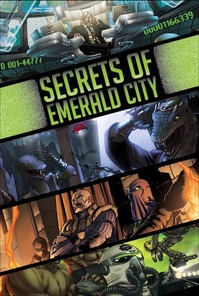 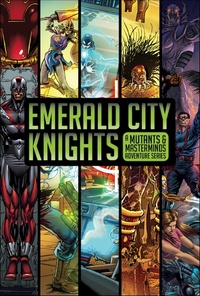 We’ve covered a lot of different topics in our weekly Round Table columns, from new releases and convention appearances to introducing new staff members and information about joining our Freebooter program. This time around, though, I thought it might be nice to talk to one of our freelancers.

Freelancers may not be on the payroll, but they’re definitely members of the Green Ronin team. In fact, the subject of today’s interview has been a member of the team longer than most of our staff because he created the first supplement (an adventure) for Mutants & Masterminds that wasn’t written by Steve Kenson. And he did it more than a decade ago!

END_OF_DOCUMENT_TOKEN_TO_BE_REPLACED

Yesterday morning we launched a new Kickstarter campaign, to revamp our classic d20 title the Advanced Bestiary as a Pathfinder product. It would seem some Pathfinder fans were waiting for just this, as by this morning we were already over 75% funded! We are incredibly grateful to all our backers and future backers. Let’s make this happen! 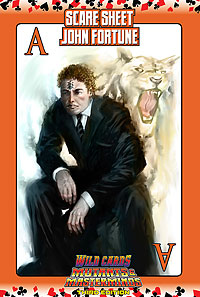 What’s it like when you’re the only child of two of the world’s most famous aces, but have no ace to call your own? For John Fortune it mean years of obscurity until fate unexpectedly gave him the opportunity to wield power again and make a difference, at least for a while. (For Mutants & Masterminds Third Edition.)

I always knew my first visit to Freedom City was going to be a temporary one. Still, I got to stay a good deal longer than I had planned, several years, in fact, almost enough time to put down roots. But then it was time to move on: to places both new and familiar, from Thedas and Westeros to Metropolis and Gotham, with short side-visits to Golarion, post-Awakening Seattle, and Stark City, to name a few, before a long assignment on Earth-Prime’s West Coast, an up-and-coming town called Emerald City, and everything that followed the Silver Storm.

But Freedom City has always been there during my travels, a place of old friends and fond remembrances and, this coming year, it will be time for a return visit. I’m sure some things have changed in my absence. In fact, if what I’ve heard so far is any indication, I know that Freedom City will be a different place than the one I remember.

The Freedom League has moved on, I’ve heard. Operating from their orbital headquarters, the days when they called Freedom City "home" are largely behind them. The old Freedom Hall is now just a local branch for a hero team gone global—maybe some new local heroes will take up residence there as part of the League’s franchise? I hope so.

The Atom Family is still around, of course. The Goodman Building isn’t just their headquarters, after all. It’s their home. Chase Atom is in his 20s now, and his elder brother Max is starting a whole new generation of Atoms. Speaking of generations, word is that Michael O’Connor has gone from several successive terms as mayor to serving Freedom City in Washington. The mayor’s office has seen better days but, if the rumors about Callie Summers running for office are true, things might be about to change.

I’m looking forward to some old familiar haunts. Pyramid Plaza and the Sentry Statue still dominate the city skyline, and Liberty Park is a lovely place to spend a day, even if Heroes’ Knoll has a new statue or two. It would be nice sit out at a Starbase Coffee near the FCU campus and try to spot any figures flying overhead. I’m thinking of staying in a place further east, however. Maybe Riverside, close to the park and the ferry to Bayview. Claremont Academy is going to be a must-see, even if most of the kids I knew have moved on. In fact, I hear Whoop-Ant is celebrating his 21st birthday soon. (Heaven help us all…) Some property vacancies have opened up in Riverside, like that old brownstone that seemed to appear out of nowhere.

Freedom City still sees more than its share of the fantastic. The interstellar refugees crowding Star Island may have largely moved on to Starhaven on Jupiter’s moon, Europa, thanks to Daedalus, but some of their influence remains behind (along with a few “illegal aliens,” if you believe the rumors). Indeed, with all the upheaval in the galaxy, it’s no wonder Star Knight has left Earth largely behind to focus on events in space.

Although I’ve been away from the familiar sights, sounds, and streets of Freedom for a while, I’m looking forward to them again. It’ll make a great home base for the travel I’ll be doing for the rest of the year, exploring some exotic locales with some friends and sending notes home about what we find there. Whether you’re a former resident of Freedom City, like me, a newcomer, tourist, or someone who has been there all along, I hope that I’ll be seeing you in the City of Heroes sometime next year!