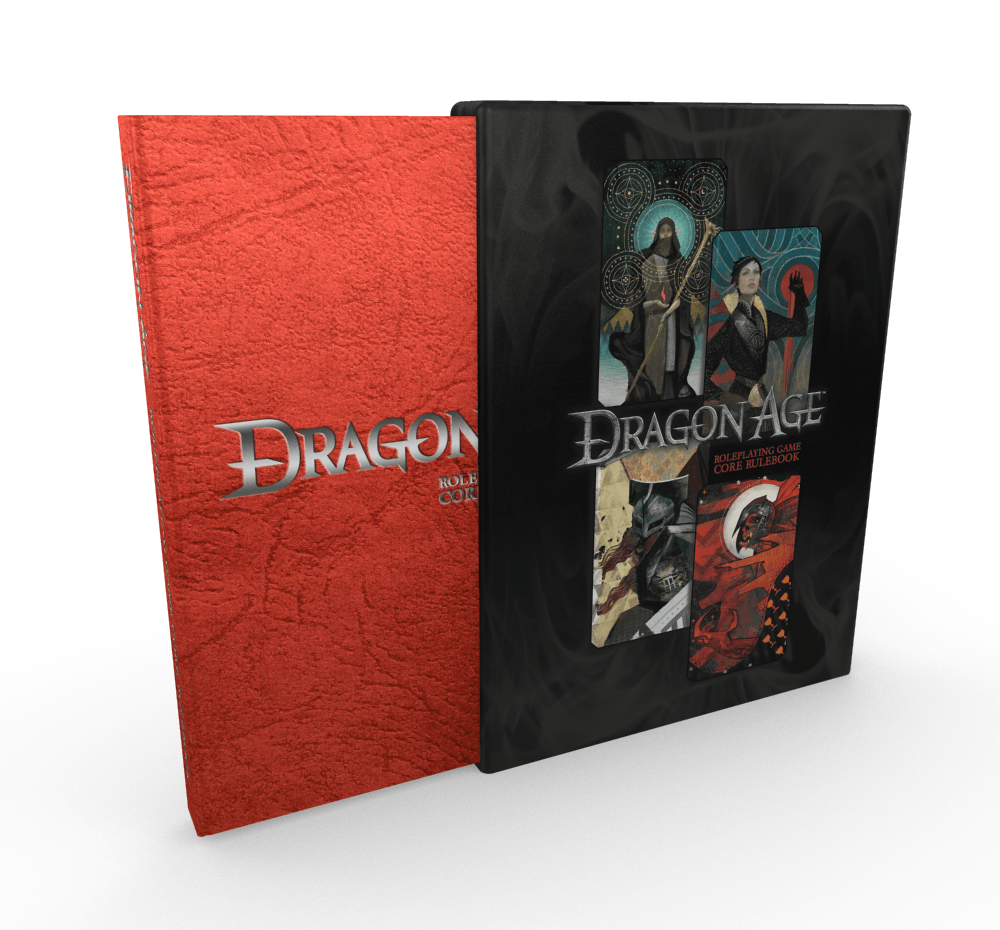 Hello, folks, Jack here. With the Dragon Age new collected core books coming soon I wanted to discuss a bit about what the books are, what they aren’t, and what changes you can expect.

First, let’s get this out of the way: This isn’t a new edition. There are a lot of reasons for that, the biggest being that we’d just released Set 3 and that would have been pretty jarring to jump to a new edition. So the vast majority of the rules and content remain the same.

So what’s different? Well, we’re looking at some minor tweaks and adjustments to things like experience. New monsters, specializations, and other additional content such as new campaign frameworks are being included. The biggest of these is a new starter adventure, Invisible Chains. We didn’t want to invalidate the game folks are already playing or make Sets 1-3 obsolete, but we also realize there are some places we can add some new stuff for even experienced players to enjoy.

However, if someone forced me to pick the biggest change, it’s in format and organization. With one book, everything is in one place and organized with that in mind. Don’t get me wrong; the sets were cool and fun and gave the game a very neat old-school and approachable feel. However, when the sets went out of print, it made more sense to put all the rules already in existence together in one product. So now all the levels, monsters, items, class information from the three sets will be combined into one place. Hal Mangold is currently hard at work laying out the new core and making sure all the collected material is presented in the most attractive and useful way possible.

Also, there have been some questions and confusion: There are two versions of the DA Core coming out. The first is the Ultimate Edition. The Ultimate Edition features a slipcase with a red leatherette bound book, silver foil stamped, with silver-gilded edges and a ribbon bookmark. So it’s very pretty. It’s also limited edition.

After the new core, we’ll be seeing among other things Faces of Thedas. I just got the first drafts from my writers and things are developing very well. In addition to stats and write-ups on some favorite and important characters in the Dragon Age world, we’ll see very useful discussions of how to use these NPCs to drive games, plots, and campaigns. We’ll also see discussion of important factions and groups in the world, such as various assassins’ guilds, spy organizations, crime syndicates, and the like. Rounding this out will be rules on relationships that can be used to provide mechanical augmentation, but not replacement, for roleplaying interactions between rivals, romantic interests, and trusted companions.

But wait… There’s more! Chris Pramas is also hard at work on the draft for Fantasy AGE, which will provide non-Dragon Age focused fantasy play for Age. This version will have some changes from the current system, especially when it comes to magic, which won’t necessarily be presented in other fantasy settings the way it is in Dragon Age. And this doesn’t even touch on some other projects we’ll be announcing soon.

Ronin Round Table: Movies, Plots, and the Art of the Steal
Scroll to top