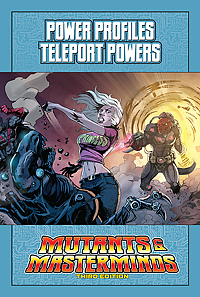 "Now you see me…" with Teleport Powers, you can disappear or arrive in the blink of an eye, crossing a room or a world as quickly as stepping through a door. This profile looks at teleportation, summoning, gateways, and powers for bending space to your will. For M&M Third Edition.