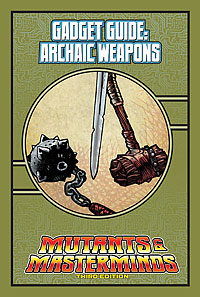 Even in the modern world of superheroes, archaic weapons like swords, hammers, and bows remain common. Some of these weapons are enhanced by magic or technological gadgetry, while others rely solely on the tremendous skill of their wielders. In either case, old school weapons are primary tools for many heroes and villains and this Gadget Guide looks at them in detail.