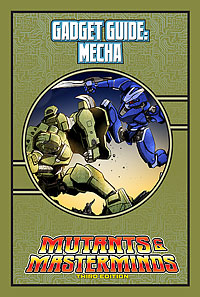 Giant robots are a staple of the superhero genre, from the minions of supervillains to superheroes in their own right. Gadget Guide: Mecha looks at larger, particularly pilotable, robots and how to create and use them in Mutants & Masterminds.