Today we have two PDFs, one Mountain Terrors entry for the Chronicle System, and one for the Mutants & Masterminds Rogues Gallery series. 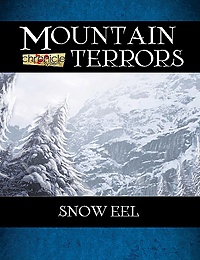 Quiet alpine snow fields may occasionally be disturbed by strange protrusions in sinuous lines, as though something had passed beneath the snow without breaking the surface. The wise know this to be a sign of dangerous snow eels, and take precautions against the electrifying terrors that have been known to shock both man and horse in order to feed on the stunned victims.

Mountain Terrors: Snow Eel is a bestiary PDF for the Chronicle System, the rules engine that powers our popular A Song of Ice & Fire Roleplaying game. 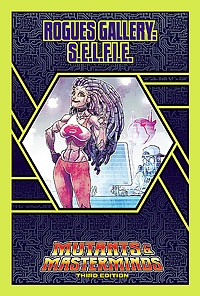 Originally a robot created by a young prodigy to offer online advice and reviews to get his social channels more subscribers, but quickly changed to become a thieving robot in order to draw in even more viewers. How long before S.E.L.F.I.E.’s viewers insist she try to take on a hero?