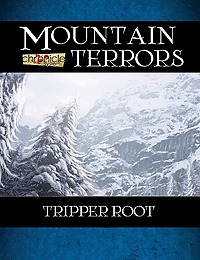 Not all the predatory dangers of the mountains are beasts and animals. The tripper root grows along narrow paths and beside sheer cliffs, waiting for prey to come stumbling through its ground-covering vines. The tripper root then reacts with whip-like precision, snagging men and beast alike and hurling them over the side, slamming them into mountain faces to kill and consume them.

Mountain Terrors: Tripper Root is a bestiary PDF for the Chronicle System, the rules engine that powers our popular A Song of Ice & Fire Roleplaying game. 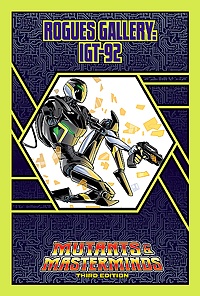 Smuggled to Earth in a bid to make some money for alien criminals, things would have been fine if they hadn’t turned IGT-92 on to make sure it worked. Now escaped and on  the run, IGT-92 is executing its programming to “soften up” the planet to prepare the way for its alien masters–even if they never come.