We have two new PDFs for your consideration this week, one Rogues Gallery entry and one for Atlas of Earth-Prime, for Mutants & Masterminds. 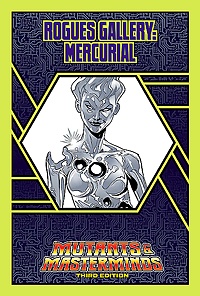 Once a driven college student, Glenna Frost was transformed into the highly unstable (in body and mind) Mercurial in an accident at KessKorp. Now Mercurial sows chaos and danger for whatever reason she thinks makes the most sense today. Can the heroes defeat her? Can they help her? Do they want to after all she’s done? 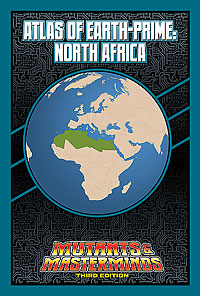 Today the Atlas of Earth-Prime takes us to North Africa! It explores the countries of Egypt, Libya, Algeria, Tunisia, Tazamamart, Mauritania, and even covers the Western Sahara and Morroco. This region is rich in history, mythology, and culture. Inside you’ll learn about SHADOW’s role in the region, find out about the Hand of Horus, discover what Black Anubis is up to now, and much more, including Tunisia’s plan to build a “Super City” and Morocco’s role as a place of neutrality in the super-powered world!

Ronin Round Table: The Green Ronin Publishing Round Up
Scroll to top Skip to content