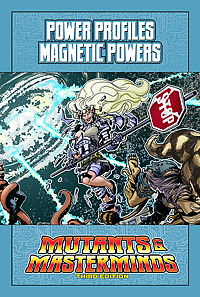 An "attractive" power, magnetism is one of the fundamental forces of the universe and Magnetic Powers give you the ability to bend and shape metals to your will along with influencing the electromagnetic spectrum. For M&M Third Edition.