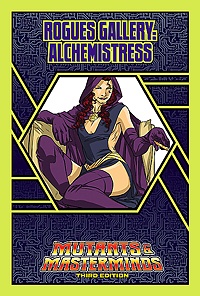 In the last moments of life, the original Alchemistress created a daughter out of pure will and surrounding matter. This daughter believed herself to be a goddess, capable of disassembling and reassembling matter as she sees fit. She wants nothing less than to be worshipped and will stop at nothing to get what she wants.

Get the Alchemistress today! Just $1.29.

“When Can I Get Fantasy AGE, Titansgrave, and Dragon Age Books?”
Scroll to top Skip to content