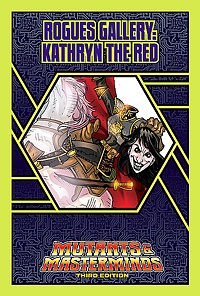 Mystery, New Hampshire has a legend about a headless horsewoman known as Kathryn the Red. She’s a spirit of vengeance from the time of the American Revolution that can be summoned to carry out revenge by anyone willing to pay her price. But she also returns on her own from time to time in order to hunt down seemingly random people. Can she ever be stopped? 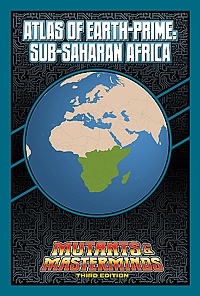 Sub-Saharan Africa is what most people think of when they picture Africa in their minds, and this region is the subject of this week’s Atlas of Earth-Prime. Inside is information about Somalia, Djibouti, Eritrea, Ethiopia, the Republic of Kenya, the United Republic of Tanzania, the Republic of Uganda, the Democratic Republic of Congo, the high-tech nation of Dakana, the Republic of Botswana, the Republic of Malawi, the Republic of South Africa and many more nations. Learn about Project Hive, meet the Hellscreamer, Prime Detective, the living goddess Ayesha, the members of the Gathering of Heroes, and the villains they face off against.