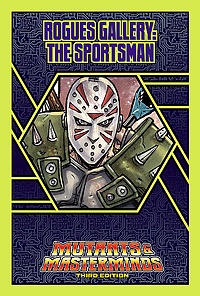 Trained from birth by his criminal parents, the original Sportsman and Princess Poison, the modern-day Sportsman is dedicated to living up to his parents’ high standards for villainy. Armed with sports-themed weapons and capable of great violence when provoked, the Sportsman is no joke.

Includes Hero Lab files for both the modern Sportsman and his father, the original Sportsman, and for his mother, Princess Poison. 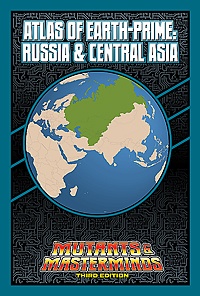 The former Soviet Union once dominated Eastern Europe and central Asia. Elements of its influence are still felt there on Earth-Prime, from ancient figures out of myth like the witch-hag Baba Yaga to the effects of Chernobyl and the shadowy UnterKremlim. Heroes can work with Bogatyr, the greatest hero of Russia, or battle against foes like the Four Horsemen, deadly leftovers from secret Soviet super-soldier programs, while wondering who the mysterious hacker known as Delphi works for, and what her agenda might be.