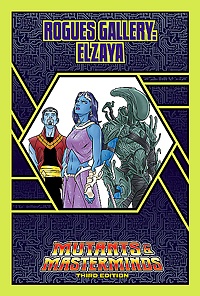 Elzaya is the leader of the Seventeen Worlds, a portion of the Infraverse. She and her forces have come to Earth-Prime to get revenge for war crimes against her people from the unlikeliest of sources. Can your players figure out what’s really going on while facing off against a full-scale invasion? 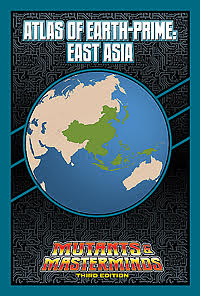 The star of China rises on the world socioeconomic stage, but what is the strange secret of China’s apparently burgeoning superhuman population and why are so many of these nascent superhumans seen only once to twice, and then never again? Learn about the Sprinter, latest of Japan’s fad of “fan vigilantes” and of the dangers of nearby Kaiju Island. Who are the mysterious costumed Koreans Ying and Yang and which Korea do they call home? Heroes can deal with Southeast Asian pirates, vengeful ghosts, and the arcane powers of the mysterious Ophidian Magus of Angkor Wat.