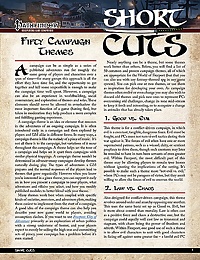 For Pathfinder Short Cuts, we have Fifty Campaign Themes. This is a 10-page PDF offering suggestions and guidance from Owen K.C. Stephens with themes new Pathfinder-compatible campaigns can be built around. Do you want to send the PCs on a voyage of exploration? Turn them into world-changing dam busters? Examine a technological revolution? A campaign can be as simple as a dungeon stomp, or as complex as you want it to be, and these themes can help a GM introduce new directions for a game as an overarching plot, or just a change of pace. 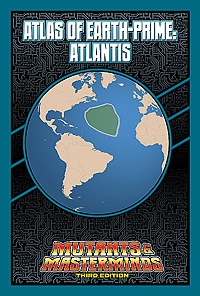 The Atlas of Earth-Prime goes from the surface of the world to beneath the seas, exploring the fabled lost continent of Atlantis. Once the home of the most advanced civilization on Earth, Atlantis sank beneath the ocean thousands of years ago, its surviving people transformed into aquatic water-breathers. For decades the House of Atlan—the Atlantean royal family—have held ties to the surface world and hero teams like the Liberty League, Freedom League, and the Next-Gen. Explore their mysterious homeland and dangers in the shifting currents of power in their undersea realm. 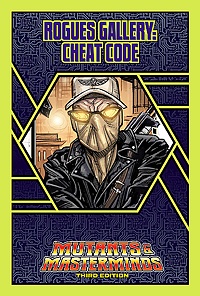 For Mutants & Masterminds Rogues Gallery, we have Cheat Code. Granted a wish for saving a young woman from attackers, Reggie asked for the ability to use cheat codes IRL. Now, as Cheat Code, he uses his smarts, skills, creativity, and “computer game” powers to pwn any noob he wants! Or, really, anyone he wants.