Hey folks, Jack here. Warning, this is going to be kind of a down Ronin Round Table, but I think it’s an important one.

A couple weeks ago, my father, James Norris, died. He was too young to die, despite being 70. It wasn’t a heroic death or a quick easy demise. In fact, it basically just sucked.

Because, in the words of Star Lord? I had a pretty cool dad.

But relevant to gaming and the gaming industry? I also had a supportive dad. My dad was my first player. I didn’t know what I was doing with my old D&D Basic set but he thought this rpg thing was a cool idea too and helped me figure it out. We never played again after those early days, but it was in no small part thanks to him that I got into gaming. 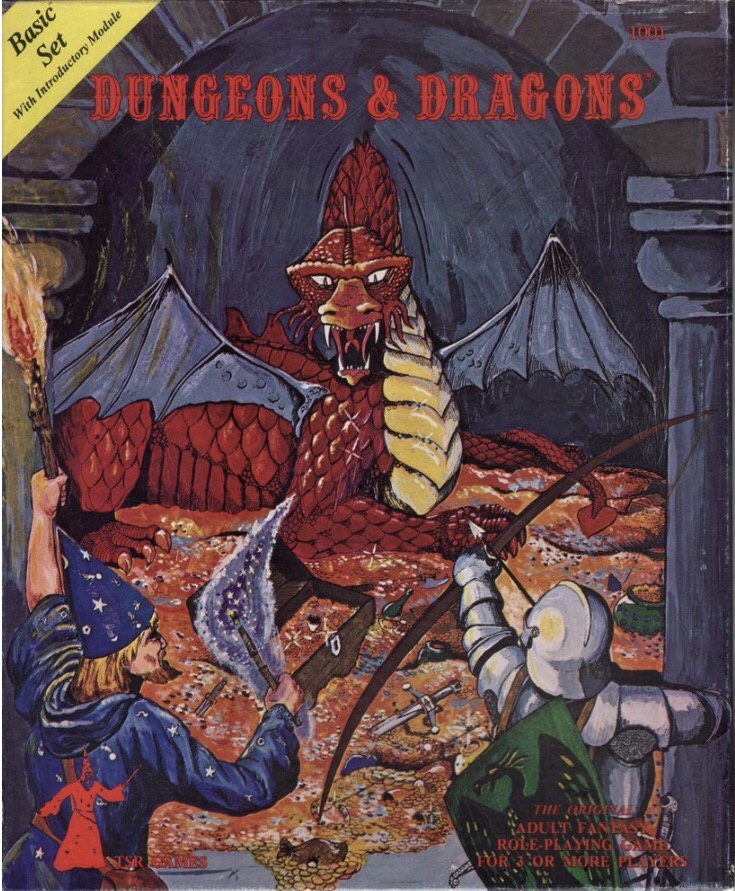 But it wasn’t just that one time that mattered. While much of 80s America was buying into that idiotic “Satanic Panic” of the time and burning kids’ gaming books and shaming them for playing games with their friends? My dad stood up for me. He likened my loved of games with the “baseball statistics” games and toy soldiers he loved as a kid. That’s right folks, despite never carrying the label or playing beyond those first few games? My dad was a real OG…original gamer.

When he explained the analogies between his childhood interests and mine to my grandparents? They supported me too. When a relative or neighbor tried to give me shit about gaming? He told them to back off and told me to not be bothered by them being ignorant. He bought me gaming books and even D&D toys (remember those?) when he could afford to and along with my mom they supported me first as a gamer, then as a game writer. He took me to all sorts of fantasy, pulp, and sci-fi films when he could and when he couldn’t my grandparents obliged. We saw Star Wars, Highlander, Krull, Dark Crystal, and many others in the theaters and later on video. We saw Raiders of the Lost Ark seventeen times in the theater. So much of the pop culture pedigree many of us gamers possess I experienced alongside my dad and other supportive family members.

I doubt dad ever read a single game book I wrote, but he would proudly tell others that his son was a writer, did game design, and would often talk with me about the cultural and historical elements I was including in my work.

Even when it was all short car trip “yearly vacations” to a relative’s barbeque and hand-me downs and so on? You can’t buy that sort of support. I knew families who had far more with whom every gaming diversion was a fight. To these folks gaming was “the devil’s work” or just “weird and stupid.”

I was never told to play sports instead, though I did. I was never told to go outside and stop gaming, though I did that too. The only thing that concerned dad and the other family and friends who supported me as a gamer and creator were that I didn’t JUST game. That I learned and grew in other ways. Which is a good thing to do.

By not stigmatizing my gaming and yet quietly encouraging me to have a life outside of it? My dad helped me become a far more well-adjusted person than I might have otherwise. He taught me it’s okay to be myself and more importantly it was vital to let others be themselves. This resulted not only in me gaming but gaming better—it was always about me having fun with friends and not about winning or looking cool or showing up others with how “legit” I was. To this day when I roll my eyes at the various edition wars and pointless conflicts of game design theory I can hear my dad saying “What’s the point of that? If it’s not affecting what you’re doing, why not just let people play what they want and have fun?”

I buried my dad a little over a week ago. That’s not a euphemism. With the help of my lovely and supportive wife, herself a gamer whose always supported my work, I dug a grave for my father’s urn in the small cemetery where he now rests and filled in the hole. Then I gave a distracted and inadequate eulogy and cried by his graveside after everyone had left.  And that kinda sucks, I’ll admit. However, what doesn’t suck at all is all the support my father gave me as a gamer and game creator. That’s the lesson I hope people reading this take:

Support gaming and the people who do it. Support your kids, relatives, and friends. Don’t sneer at them and tell them its weird. Don’t buy into whatever society is telling you about it. Don’t push others out of it either or waste time trying to keep them out of it. Be confident in your fun and let others have theirs. Really? Just game, make games of you’re so inclined, and let other people do the same.

All the people—well, okay not Nazis. Dad wouldn’t have expected that of me or anyone else. He hated Nazis (Raiders of the Lost Ark 17 times! folks).