Hey folks, Jack here. It’s already a busy year here and part of it is putting the final touches on our upcoming Fantasy AGE Companion. The book is written, edited, and currently in its final layout and art stages, so I thought it would be cool to present people with a preview of the book.

Moreover, I find the best previews are generally ones that themselves either show the look and feel of product off or can be used as a sort of stand-alone bonus for people. In this case, we went with both. This preview presents one of our new race options for player characters, Beastfolk.

Beastfolk are animal like humanoids who mix humanoid forms with the natural abilities of various animals. Using this option you can play a cat-person or monkey-person or any number of similarly themed characters. 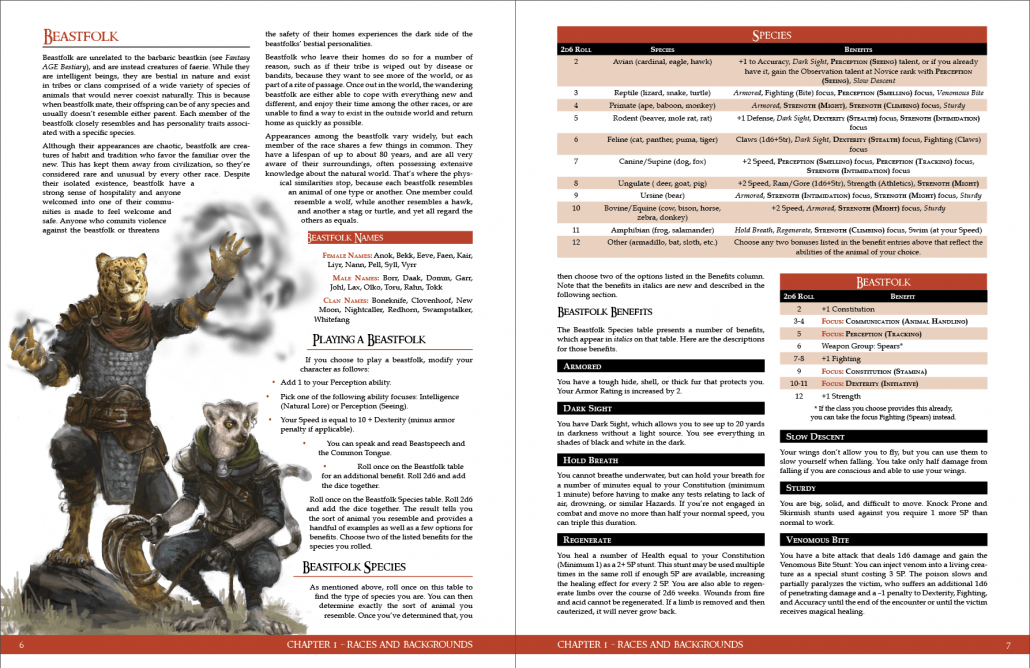 Beastfolk are only one of many new elements in the upcoming Fantasy AGE Companion, including more fantasy races, new arcana, new specializations and talents, rules for both gritty and cinematic play, mass combat, and more!  Some of these editions are adapted from other AGE games for Fantasy AGE but much of it is brand new.

The Fantasy AGE Companion is coming in  March in print and pdf.