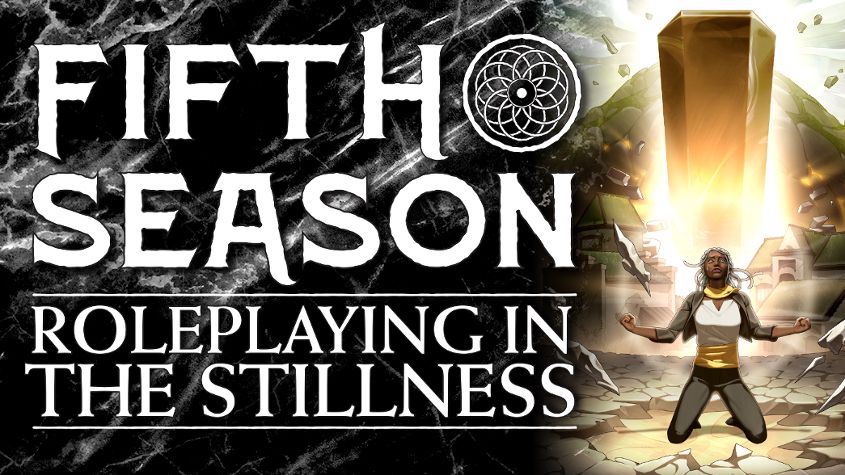 Join us for a special livestream with the developers and designers of The Fifth Season RPG!

The Fifth Season Roleplaying Game, now crowdfunding on Backerkit, is designed for you to play out adventures and stories set in the world described in the Broken Earth trilogy of novels by N.K. Jemisin—a world where constant and unstable tectonic and volcanic activity threaten all life; a world whose peoples have learned to adapt in order to survive. It is a world where everyone learns that Father Earth hates his children and is always trying to kill them, where metal rusts and even stone crumbles, and the best you can do is be prepared for the next disaster. In the world of the Broken Earth, community—the comm—is everything, because in community there is support and a chance to persevere.

You and your fellow players take the roles of members of such a community, working to overcome internal difficulties and external threats, in order to be ready when that inevitable Fifth Season comes. Are you a lifelong native of this place, someone everyone has recognized from childhood? Maybe you’re a more recent addition to the comm, someone who’s come from a distance, contributing something to the comm that makes the possibility of your secrets and past catching up to you worth it. Or perhaps you are an orogene, one who was born to sess the movements of the tectonic plates, gifted with a forbidden power to still the shaking earth and bleed heat in your environs away until frost coats everything in a perfect circle around you.

These may be times of peace and plenty, but strife and lean times are ahead, with the next Season of Death looming like a dark thunderhead on the horizon.

Welcome to the Stillness.

Come check out the campaign, and if you pledge in the first 48 hours, you get a free printed copy of the game’s Quickstart (normally $10) if your chosen pledge level includes printed books (the Standard Edition and/or the Special Edition). The printed Quickstart will also be available as an add-on after the first 48 hours.And our top pledge level is the N.K. Jemisin Bookplate Bundle. This gets you the Special, Standard, and PDF Editions of The Fifth Season RPG in addition to the signed bookplate. This pledge level is strictly limited to 500 backers.

Be sure to head over to The Fifth Season RPG on Backerkit and pledge early, before they run out!

With four versions available, including Roll20! 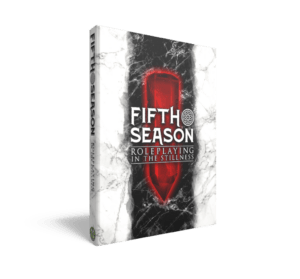