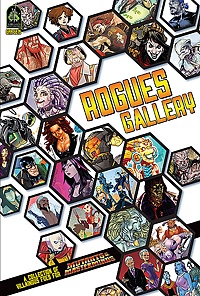 Some of Alex’s first freelance work for Green Ronin was in this very book!

Hello heroes! My name is Alex Thomas and I am the newest member of the Mutants & Masterminds team here at Green Ronin. Crystal asked me to come on board as her Assistant Developer and I am so excited to get started! My favorite genre in fiction is super heroes. There’s something about the larger than life nature, astonishing powers, and moral goodness of most super heroes that sparks my imagination and keeps me coming back for more.  These characters translate so well to the world of RPGs, and M&M is my favorite way to bring that fun to my table each week.

I’ve been playing Mutants & Masterminds for about 10 years now, and I have been a freelance writer for M&M since 2013. In that time, I’ve run over a hundred sessions of M&M at cons across the Midwest, streamed a number of M&M series on Twitch, and contributed to products from Rogues Gallery all the way to Danger Zones. Introducing new players to M&M and allowing them to play their favorite characters from film and comics is one of the great joys of my life. 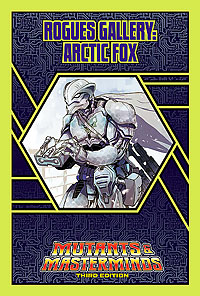 Arctic Fox was one of the first Villains Alex created for Mutants & Masterminds, and will even be featured in an upcoming Astonishing Adventure!

I actually got my start working in Mutants & Masterminds thanks to running a game at a convention. The convention did this thing where the guests of honor were placed in games by lottery. One of the guests of honor happened to be Steve Kenson that year. 15 minutes before my event started, someone from the con came up and asked me if it was okay for Steve to play in my game. I was SO unprepared, but Steve had a great time playing Deadshot in my Task Force X game, and afterwards he was gracious enough to get me in touch with Green Ronin to discuss freelancing, and I’ve been here ever since.

My first job as Assistant Developer is to help Crystal with the development duties on the Astonishing Adventures line. I will be spending the next few weeks learning the ropes and getting some exciting stories out to all of you. Thank you so much for letting me introduce myself, and happy gaming!