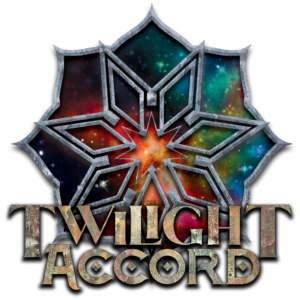 In May, Green Ronin Publishing launched its Patreon for Twilight Accord: The Fallen City, a 5e fantasy setting and campaign that centers the experiences of LGBTQ+ heroes and community in that setting. A collaboration between tabletop industry veterans Steve Kenson and Joseph D Carriker Jr., the Patreon is intended to build a collaborative community of supportive patrons with input into the creation and details of this exciting new product.

In celebration of Pride month, Green Ronin Publishing has announced that all funds raised by the Patreon, during the launch and continuing over the course of Pride Month, will be used to hire additional queer creators to infuse Twilight Accord with their creativity and experience. In keeping with the collaborative intent of the project, Green Ronin Publishing will be working with patrons of Twilight Accord to understand their top priorities for additional content: writing, concept art, or concept cartography, and their choices will help guide the allocation of resources towards the hiring of interested creators.

Creators that would like to be involved can email twilightaccord@greenronin.com with their published credits and sample work. LGBTQ+ creators, including LGBTQ+ creators of color, are strongly encouraged to apply and are asked to include details on the aspects of the queer experience they would like to help include in the setting, its culture, and its characters.

Steve Kenson shares: “Everyone playing a fantasy RPG deserves the opportunity to be the hero of their own story. We want to create a setting and series of adventures where queer people of all kinds can do just that.”

Joe Carriker adds: “We’re really excited about this project. In the years I’ve been gaming, we’ve seen more and more games make a point of including queer people. It’s high time that we see some games that don’t just include us, but that are actively about us.”

You can learn more about the project, and how you can join, by visiting: Twilight Accord: The Fallen City on Patreon. 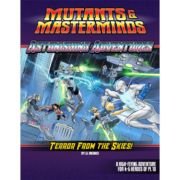 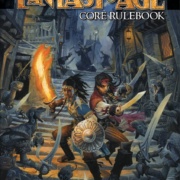