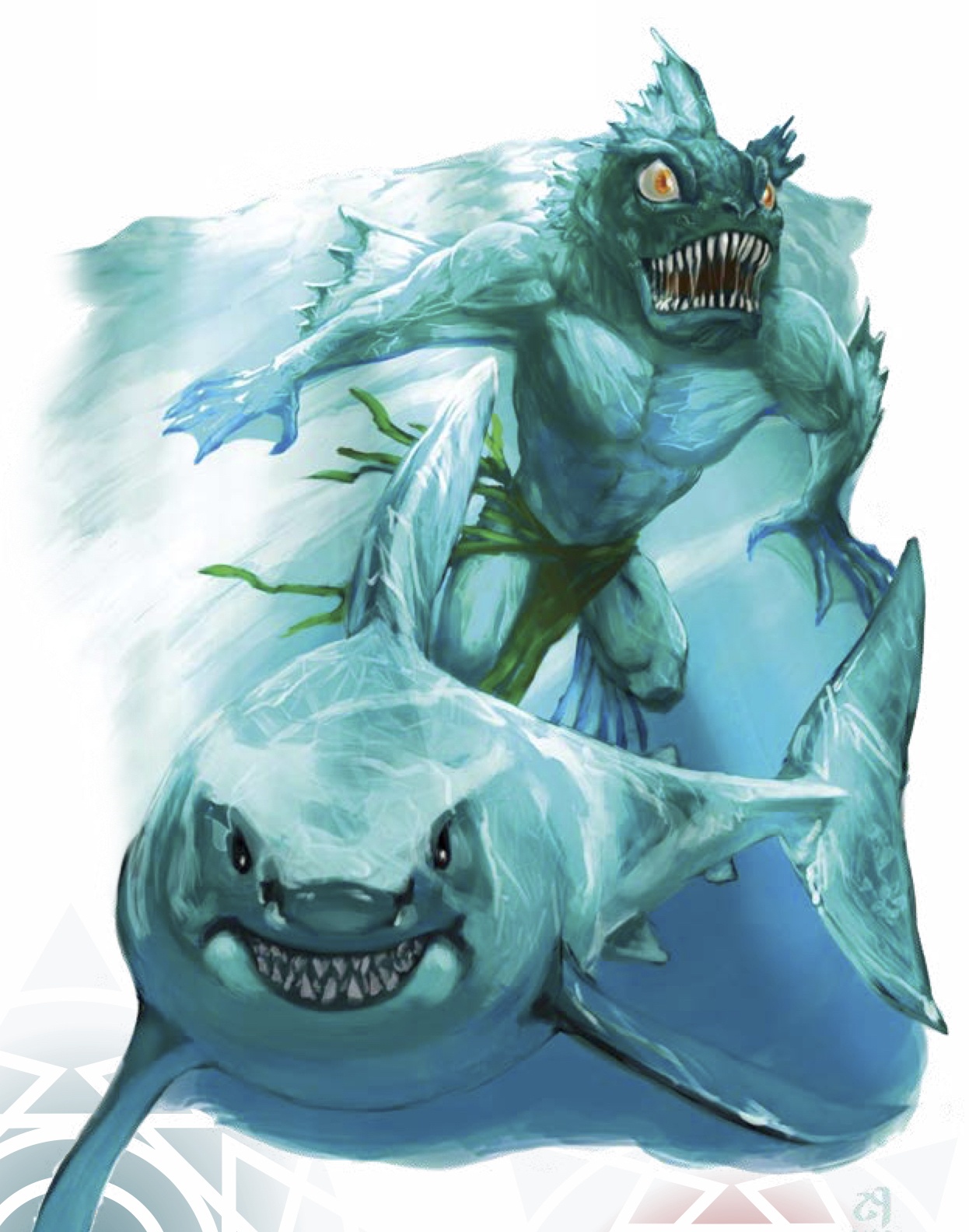 Here at Green Ronin, we got word that this was Shark Week. We decided to get in on the fun with some shark-related freebies.

We’re kicking things off with a creature from the Advanced Bestiary for the Pathfinder RPG. Sahuagin are aquatic humanoids who can communicate telepathically with sharks. Infected by brilliant pestilence, a crystal sahuagin can be mistaken for light reflecting brightly off the waves. Groups of crystal sahuagin often make hit-and-run attacks against sailing vessels, hoping to infect the ships’ crews. In this way, they can create plague ships that in turn infect the populace of a port city with brilliant pestilence. For extra fun, add the crystal template to the sharks, too!

Tuesday’s freebies will be a two-fer from our DC Adventures game, so check back tomorrow for more Shark Week goodness.