The forthcoming Titansgrave: World of Valkana setting book has lots and lots of the sort of setting detail one expects from an expansive world book. Details on settlements, geography, culture, and history all about, sprinkled liberally with inspiration for years worth of gaming in this world.

But one of the challenges of any good setting book is to provide new and interesting traits and resources to player characters. The goal is always to provide new material that isn’t just fun but also highlights the setting quite distinctly. They should be materials that feel like a part of the setting come alive, because they are directly relevant to the player characters.

In this week’s RRT discussing these new options, we’re going to look at some of the detail on the races in this setting book. Here is some of the new material available in Titansgrave: World of Valkana.

Though Valkana’s setting uses the core races presented in the Fantasy AGE Core Rulebook, this sourcebook casts a closer eye on them, examining them by their cultures and history as well. Those races capable of crossbreeding with others in the world of Valkana are included in this description. Some of the races even include strange offshoots with distinct differences from their main kin. These subraces – called the nhazera – are detailed as well, including entirely new Benefits charts to reflect their differing lifestyles, cultures, and temperaments. 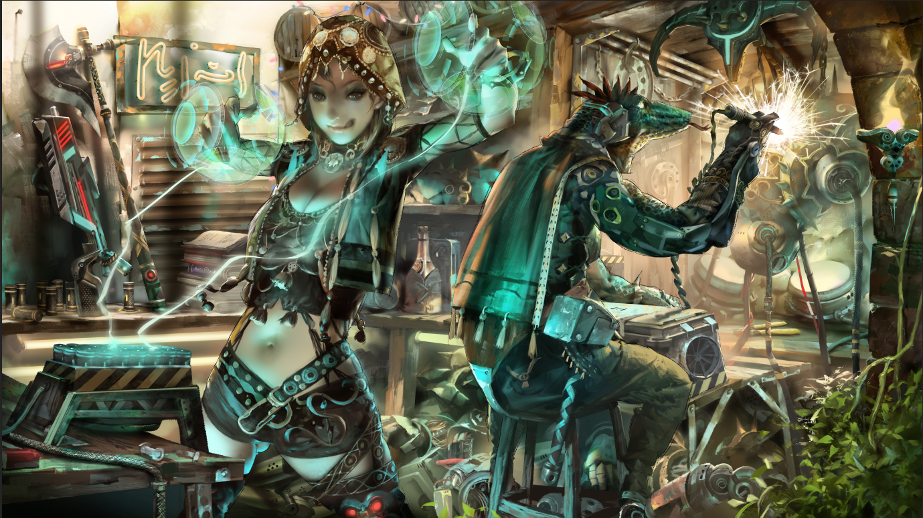 Below, we include a sample sidebar detailing those characters who are born of the mixing of dwarven blood with other races.

Dwarves rarely breed with those outside their own race, though this is mainly due to societal pressures of the past. These days, dwarves and humans produce handsome, hearty offspring named rockborn. Dwarf and gnome artificers treasure the fey gnome-dwarf children known as daylins. Rumors hold of dwarves mating with elves, orcs, and halflings, but their offspring always resembles one parent’s race, or the other.

Press Release: Green Ronin and Greater Than Games Team Up For Sentinels of ...
Scroll to top Skip to content