Abzu’s Bounty, the first campaign for The Expanse RPG, is almost ready to go. The layout is complete, and we’re waiting for a few final pieces from the artists. And speaking of art, I want to take a moment to say that the artwork in this book is gorgeous! It has everything you’d expect to see in an Expanse campaign: space battles, incredible planetary vistas, pirates, OPA terrorists, abandoned asteroid bases, and more. This book has it all!

As you’ve probably read, Abzu’s Bounty is a six-part, system-spanning campaign filled with action and adventure. We’ve given you the broad strokes, but today I want to delve further into the details without spoiling the plot. The story opens on board the ice hauler, Abzu’s Bounty, gathering ice in the rings of Saturn. The default setting has the characters as members of the Bounty’s crew. However, established characters can just as easily be on board for their own reasons. The crew of the Bounty discovers something unusual in the collected ice. The characters quickly find themselves swept up in conspiracies involving multiple factions from around the solar system. Not long into the campaign, the crew has the opportunity to claim a ship for themselves–an old pirate vessel called the Anne Bonny. With a ship of their own, they’re set to take on all of the challenges that await them: OPA terrorists, private security companies, space pirates, Martian secret agents, corporate masterminds, and more.

Abzu’s Bounty has a direct tie-in to the adventure To Sleep, Perchance to Dream in the core rulebook, but it is not necessary to have played that adventure. But for those who have played it, they finally get to meet Alexander Pope, the villain and mysterious entrepreneur who remains behind the scenes.  Players and GMs who have read the novels will also recognize several characters lifted right from those pages, and there are a quite few fun Easter eggs scattered throughout.

One of the aspects that I think is really cool about this book is that besides being a book full of adventures, it also provides a wealth of useful setting information. You’ll learn more about Luna, the pleasure domes of Titan, the tunnels of Mars, hidden and abandoned space stations, and even a pirate radio station–not to mention new organizations and factions and a shipload of NPCs. Lots of cool stuff that you can use in your own campaign or beyond the events in Abzu’s Bounty.

The campaign is designed so that you don’t necessarily have to run every adventure. You can easily skip those that don’t feel appropriate for your group. If you decide to tell this story, beginning to end, there is plenty of room for GMs to insert their own side stories or expand on the existing adventure. The campaign is designed for characters beginning at 2nd level and advance through 7th or possibly higher. A lot of flexibility is built into the story. The finale even provides an alternate ending for GMs who want to raise the stakes or offer the players a more challenging climax to the story. Be wary though, the odds of all the characters surviving this option are grim.

So, there you have it! I’ve endeavored to give you a more in-depth look into Abzu’s Bounty without giving away any of the secrets. Hopefully, I’ve succeeded. I look forward to hearing stories of how different groups tackle the challenges in Abzu’s Bounty–how they succeed and rise to the challenge.  Until next time! 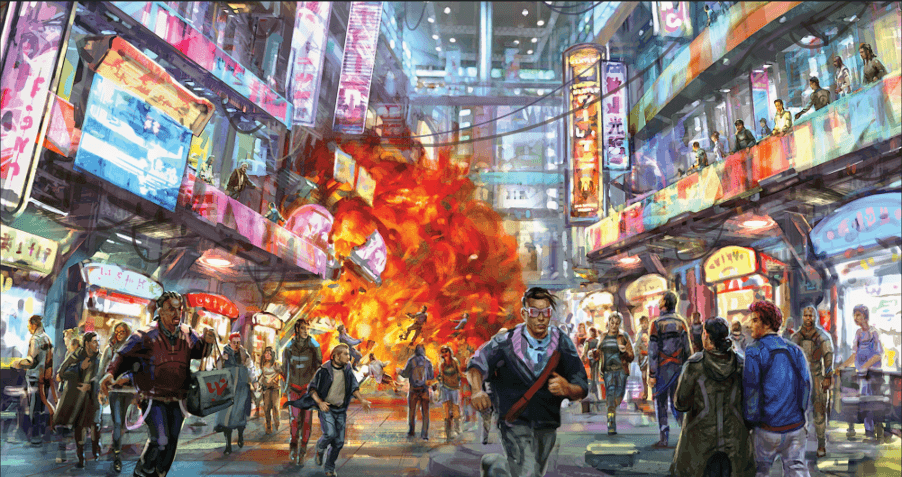 PAX Unplugged and Freebooting
Scroll to top Skip to content