I’m not normally a big fan of surprises, but I’ll make an exception for this one. When Joseph Carriker asked me if I’d like to write a Ronin Roundtable about making the jump from freelancer to developer, I was pretty psyched. 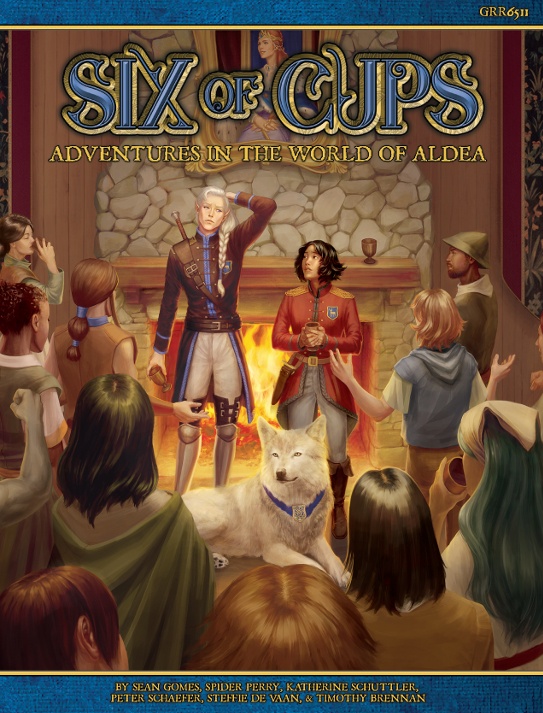 I first inquired about writing for Green Ronin back in 2011, but my timing was bad and there were no projects in need of authors, just then. Even at that point, I’d been at this a long time, and that sort of thing happens: if you don’t have the good luck to ask right when a developer has an open slot on a project, the best you can usually hope for is for your name to go into the (often pretty big) pile of interested prospective writers for some other job, down the line. Fast forward a few more years and several more inquiries, however, and I got my break, doing some work for the Chronicle System. Only a couple of years on from there, in 2016, Joseph offered me the chance to take a crack at doing some fill-in development work on Desert Threats (again, for the Chronicle System), and I jumped at the opportunity to once again try my hand at an aspect of roleplaying game design with which I’d previously had only minimal experience.

Fast forward yet another several years and a bunch of development jobs, getting a little more hands-on with the process, each time, and I’ve come to understand that really is a whole different sort of beast. When you’re writing as a freelancer, you’re trying to realize, in a way that’s entertaining and informative, a vision that’s been outlined for you. You have input into what you’re creating, of course, but you’re almost always playing in a sandbox with firm borders. Development, on the other hand, entails bouncing ideas back and forth with other folks on the high-concept end of things, working to craft the vision that others will then put more extensively into words. In essence, you’re the one building the sandbox, and you have to create it with an eye toward making it a fun and rewarding place in which others get to play, while also stocking it with all the stuff they’ll need to get the job done right.

With writing, you have to be mindful of cooperating well with your fellow authors, but, beyond that, you’ve generally got quite a lot of autonomy—as long as you follow the developer’s instructions, you’re pretty much always good to go. Development demands an almost entirely distinct (and much more rigorously collaborative) skillset. You’re effectively a project manager, keeping everyone on track and maintaining the work as a cohesive whole, every step of the way, but there’s rather a lot more to it than that. You’re also the first-pass editor and art director, laying the groundwork for the actual editor and art director to do their jobs, and you’re absolutely going to need to do at least a little bit of writing, too; not just the book’s introduction (which is usually part of development duties), but also anything, at all, that ends up needing to be filled in. Similarly, pretty much anything that falls under “miscellaneous,” whether foreseen or unforeseen, ends up as part of your job. You’re the interface between the front-end and back-end of the creative aspects of the project, fielding questions from both sides, and trying to make everything run as smoothly as possible for everyone involved. Ultimately, though, there’s no feeling quite like seeing a book take shape, starting as a mere skeleton of an outline, and ending as a fully fleshed out addition to a setting you love.

So, yeah: adjusting to development has definitely involved a learning curve, but it helps to be working with great folks, all of whom bring their different strengths and perspectives to the table, even as I hone the skills that help me to bring my best work to each new book (and, in the process, to your gaming table!)

Stephen was seven years old when he decided he wanted to work on RPGs for a living, and he’s enjoyed the good fortune to do so for just a little over 20 years, now. His writing credits include works for White Wolf, Onyx Path, Storm Bunny Studios, and—of course—Green Ronin (where he’s also been getting the hang of this whole developer thing). Outside of gaming, Stephen is a seemingly random collection of crafty, artistic, and academic hobbies, a powerful yearning to pet all of the planet’s dogs, and a tentative-yet-growing interest in fitness and the circus arts.