Orbit and Green Ronin are partnering up to present a drawing for fans of The Expanse. (Open to US residents only. Ends 1/2/2020.) 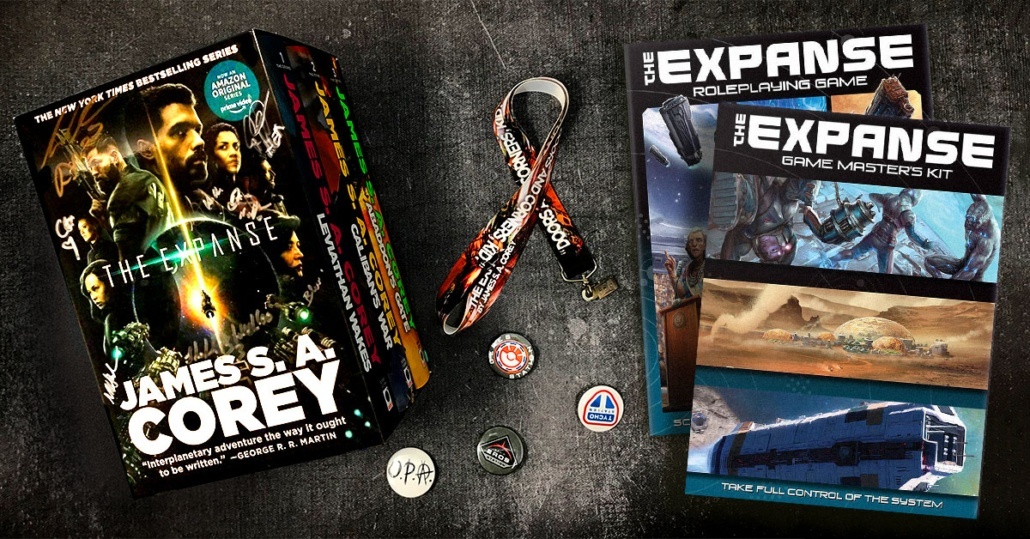 One lucky winner will get the chance to win a boxed set of the first three books in hardcover that has been signed by the cast of The Expanse show, The Expanse RPG core rulebook and Game Master’s Kit from Green Ronin Publishing, plus a set of four pins and a lanyard!

Now if you’ll excuse us, we have Season 4 of The Expanse to binge…