The Expanse series of novels details major characters and events that establish the setting where The Expanse Roleplaying Game takes place. Much of this is described in the core book, but when you’re writing an adventure, how much of the “canon” of the setting should affect what you’re writing and, if it does, does it matter if you change it? When designing your game, you’ll be faced with deciding how much the existing Expanse setting and series affects your story. The following are some techniques to use when dealing with it: 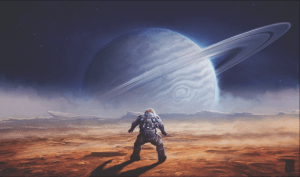 Whatever you decide, make sure if your players are aware of existing canon, they are also aware of any important changes you make to avoid confusion and clashes of expectation. In addition, if you do alter major events, be aware of the chain-reaction it may have on other events and characters down the road.