Last week we took a look at Ancestries in Aldea, so this week we thought we’d focus on Aldean Classes. All of the core 5e classes exist in the world of Aldea, and The Blue Rose Adventurer’s Guide looks at each, how they fit into the various nations and lands, and offer new class-feature options unique to Aldea and the Western Lands:

Barbarians – The Path of the Wasteland: Fit for surviving in the most Shadow-tainted wastelands and desolate places, these barbarians literally live off their own fury and determination and possess tremendous survival instincts. 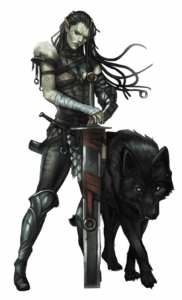 Bards – The College of the Roads: Also known as the College of Fate, these bards learn the secrets of the Roamers, including how to perceive and tug at the weave of fate and to perform the sacred Sel-Shanna, the Moon Dance.

Clerics – The Radiant Domain: More than just mundane light, clerics of radiance are devoted to the Light, the essence and wellspring of creation, which opposes the power of Shadow. Any of the Gods of Light can claim this domain, along with clerics of the Eternal Dance itself. Clerics of radiance are found in all of the lands of Aldea, but particularly Aldis and Jarzon, although they often differ in their views of how best to shed their light to banish Shadow.

Druids – The Circle of the Clans: The most common druids on Aldea, by far, are the Circle of the Clans, who serve the clans of Rezea. They are commonly known as witches, or the wise-ones, adept keepers of lore, wisdom, and power. They gather on the plains at night under the stars and the light of the moon to work their magic.

Fighters – The Peacekeeper: It is said “let those who desire peace prepare for war” and those who emulate the Peacekeeper do just that. They are prepared, able, and willing to fight, if they must, for a cause they believe in, but a Peacekeeper’s goal is to prevent fights, when and where possible, and to end them as quickly, and with as little harm, as they can.

Monks – The Way of the Spirit Dance: A reflection of the Eternal Dance within the material world, the tradition of the Spirit Dance is thought to be one of the oldest spiritual practices in Aldea, passed down from master to student since time immemorial, and granting those who learn and master its rhythms and steps great spiritual and magical insight.

Paladins – The Oath of the Rose: Rose Knights are sworn to the cause of Aldis and the Blue Rose, to be the champions of the Sovereignty. The power of oaths and dedication is palpable to an awakened soul, and paladins are found among all of the cultures of Aldea. They include the Knights of Purity in Jarzon and the dreaded Knights of the Skull in Kern.

Rangers – The Shadow Hunter: Some rangers following the Hunter archetype on Aldea stalk the forces of Shadow itself. These Shadow Hunters gain access to additional traits concerning their particular foes.

Rogues – The Rebel: The rebel is an infiltrator and an inciter of change, sometimes through stealth, cunning, and persuasion, other times through violence. They may be a lone figure, inspiring 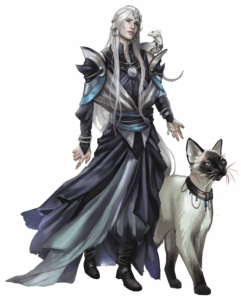 people to take action, the leader of a cell or network, or even hidden within the very power structure they seek to overthrow.

Sorcerers – Primal Sorcery: There are sorcerers who wield the primal magic of the elements, forged by the gods at the dawn of the world. These sorcerers often hail from particularly ancient families, although bloodlines and inheritance are often obscured by the chaos of the Shadow Wars and all that followed.

Warlocks – The Autumn King and the Winter Queen: Although it is said that all souls of the Eternal Dance have the potential for the arcane arts, the truth is that not all souls awaken to that potential in each life, and most will not do so in this life. Still there are some who hunger and thirst for arcana and seek some means to slake it. Warlocks on Aldea turn to two additional particular patrons for their arcane arts: the Primordials, particularly those of Autumn and Winter, of earth and air, and of madness and the Moon.

Wizards – The School of Psyche: The School of the Psyche explores the true source of magic on Aldea: the awakened souls of the Eternal Dance, and the vast Sea of Possibility, the pure power of the mind and soul working in concert. Some psychic wizards refer to their work as the “grand unity of the arts,” seeking a deeper understanding of all arcana through this lens.