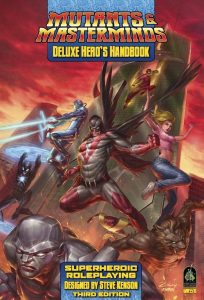 One thing about being a writer with one foot in queer romance and the other in queer spec fic is having two genres worth of Impostor Syndrome. I joke, but the truth is despite having published four novels, six novellas, one collection, forty-one short stories, and five pieces of nonfiction I’m not considered prolific in either the romance or the SF genre by any stretch. I’m not a fast writer, and that was before a husky-related injury ruined the tendons in my left arm, back near the start of the pandemic.

I’m not a proponent of the one-size-fits-all writing advice, and most especially not a believer in the “writers write every day,” so I thought I’d be fine when I suddenly found myself unable to type. Instead, what hit—and hit hard—was something I called “creative panic.”

At the start of my injury, when I could barely close the fingers of my left hand into a fist, I’d find myself lying in bed, anxious and unable to sleep over having made nothing. I’d been told not to type but am luckily right-handed, so I could at least scribble in a notebook (something I already did, especially for noting the endless stream of other ideas that hit when working on a deadline), and somewhere around those early days of injury and creative panic, I bumped into Mutants & Masterminds via Joseph D Carriker’s fantastic Sacred Band.

In romance writing especially, for me everything comes from character. Similarly, whether or not I click with a new TTRPG is generally all about character creation.

In very short order, I’d begun a daily prompt-inspired run at M&M. Whether using the Story Engine Deck, or the incredible quick-build character tables, or randomly picking a Canadian city to explore, I’d flip open a journal, grab my pencil, and make a character (or two, or more), sketch out an origin and background, and share it with my nerdier and/or Superhero-loving friends. At the end of every day, those moments of creative panic abated. I’d flexed that part of my brain that needed to make things, and it was fulfilling.

Before I knew it, I’d also gotten my all-author D&D group so intrigued by M&M I put together a short-and-sweet one-shot introduction, asked them for their character concepts—was wowed by their ideas and equally wowed by how a solution to every idea existed in the M&M system—and we were off and running over Zoom.

I couldn’t work on a novella every day, but I could scribble up M&M sessions. And it used so many of the same skills: like romance, a good M&M session seemed to mostly come down to character, but with the spec fic lens I love so much. Making antagonists someone my players wanted to stop upped the stakes, as did crafting sympathetic characters to protect. Last, of course, was a healthy dose of comic relief (not that I needed to worry about laughing with Marie Bilodeau, Brandon Crilly, Kevin Hearne and Evan May as players—four writers who are beyond creative, funny, and so incredibly talented at off-the-cuff remarks I cannot even begin to tell you).

These days, I’m almost back on track. After a year of squeezing tennis balls, TENS, and many other tedious exercises, slow progress has gotten me to the point where I can type about 800 words in a day before my left arm starts to seize, assuming I alternate writing days with scribbling days. I finished a YA novella—number seven!—and am working on a holiday romance novella—eight!—and after that I’m going to try delving back into novel-length works again.

But in the meanwhile? My scribble days remain devoted to M&M. The notebook is full of characters, adventure plots, and an entire campaign to come… because, as always, that “one-shot” with the author gaming group turned into a prologue.

I’m beyond grateful for Mutants & Masterminds. It’s not only an ongoing joy to gather and play with friends. It also keeps the creative panic at bay.