The Green Ronin Convention Crew reports from Indianapolis that Gen Con is going well! Alex and Jonesy are running sold-out games, and some products are already sold out as well. Here is a view, care of Disembodied Troy, of what’s for sale at Booth 101.

Here’s a view from inside the dealer hall at Gen Con 2022 in Indianapolis, Indiana, showing off all of the goodness available for sale this weekend at booth 101, right inside the hall entrance next to Paizo. If you’re at the show, stop by and see us!

New at Gen Con are Cyberpunk Slice and Five and Infinity for Modern AGE RPG, Danger Zones and Starhaven for Mutants & Masterminds, Six of Cups for the Blue Rose RPG, the 5e adventure A Shadow in the Downs for The Lost Citadel, and a novel for The Lost Citadel, A Song of Eagles! And, as you can see in the video, we have tons of other great game products, like Sentinels of Earth-Prime, The Expanse RPG, Freeport, and more. Plus, we are running awesome bundle deals at the show. Booth 101!

We’ve since sold out of some things, necessitating some revised bundle deals, which look like this: 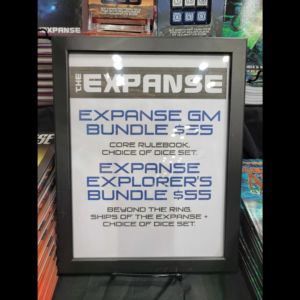 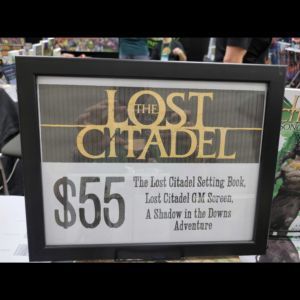 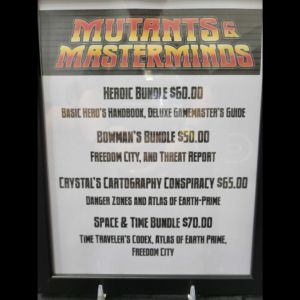 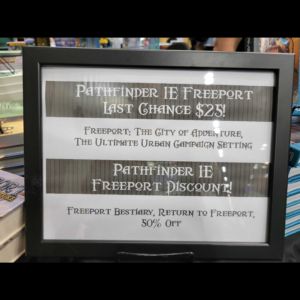 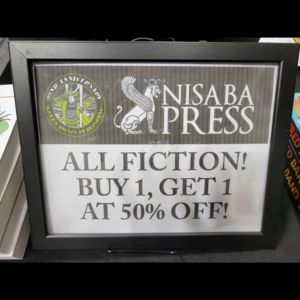