One of my many duties as a developer for Green Ronin is seeing the 3rd edition of the Freedom City campaign setting safely off to print, like a loving mother. And as it turns out, this has been the easiest part of my job, because the book was almost entirely finished when I joined the team. So, like a loving mother who slept through most of her child’s life only to wake up in time to see them leave for college, I feel so proud of this enormous task I had virtually nothing to do with!

Freedom City 3rd Edition is almost entirely Jon Leitheusser’s legacy, following a similar format as the Emerald City campaign setting of several years earlier and building on the setting bones established in books like the Cosmic Handbook and Hero High. Freedom City has grown up and adapted to the turbulent events of the world. Some of your favorite heroes have retired as their years start to catch up with them, while new heroes have appeared to fill important roles. My only real contributions have been some light editing (Jon’s work is, as always, solid, and didn’t need much improving), and arguing with our esteemed production designer (chief art guy) Hal Mangold about the art.

Oh, and such art do we have! FC3E is a treasure trove of new art, bringing the city to life in detail we could only dream of in the past. Hal tracked down some amazing scenery artists to help flesh out the most recognizable city of Earth Prime, and I don’t think anyone will be disappointed to see the city’s superhero museum and the Champions sports bar franchise brought to life! 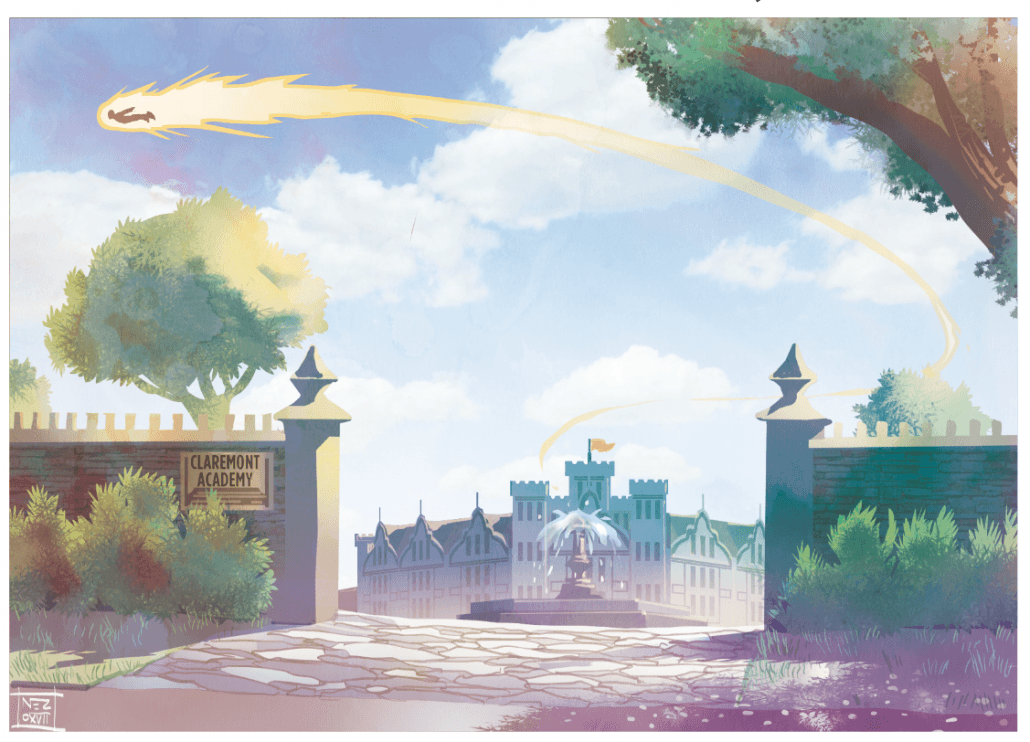 There’s a lot more to come, giving a reality to the creepily delightful Ocean Heights Amusement Park, the slums of the Fens, and the Hanover Institute of Technology cloaked in its mantle of mid-century modernism. Fans can finally SEE Freedom City as well as imagine it, and Gamemasters now have images to share when the heroes arrive, itching for a fight, so instead of screaming “I punch Dr. Simian,” they can yell “I punch Dr. Simian into the reflecting pool!”

And really, isn’t that what superhero games are all about? Punching apes into landmarks?