Welcome back to our look at Green Ronin’s 2019 plans. Yesterday I talked about The Expanse, Nisaba Press, Freeport, and Blue Rose. Today I’ll be talking about Mutants & Masterminds, and 5E. 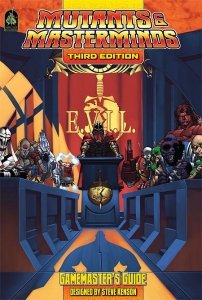 Mutants & Masterminds is our longest-running RPG, now in its 3rd edition. Last year we released the Basic Hero’s Handbook, a new entry point for the game that makes getting started with M&M even easier. We’re going to follow that up this year with some PDF adventure support and a Revised Edition of the Gamemasters Guide. The GMG went out of print last year and rather than do a straight reprint, we thought we’d take the opportunity to add some new material (new adventures, villain archetypes, and more) and make it integrate more smoothly with the Basic Hero’s Handbook. We’re also making it hardback!

Before the revised GMG, though, we’ve got the Superteam Handbook. This handy sourcebook contains eight pre-built superteams that range from PL 5-12. These can be used to kickstart a campaign, or as allies, rivals, or enemies of the PCs. Later in the year we’ll have the Time Travelers Codex. This book provides a framework and ideas for including time travel in your supers campaign, as well as detailed info on select historical epochs and the sorts of adventures you might have there. 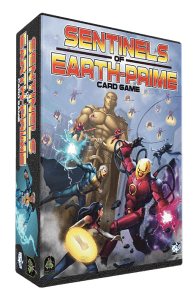 Mutants & Masterminds is also moving into a new area this year: card games! Sentinels of Earth-Prime is a joint project between Green Ronin and Greater Than Games that originally funded on Kickstarter. Sentinels of Earth-Prime is game that combines M&M’s core setting and the rules of Sentinels of the Multiverse. This is a core game so no previous experience is required. If you have Sentinels of the Multiverse games though, you’ll find that all the decks in our game work hand in glove with your current collection. Why, it’s almost like SotM designer Christopher Badell did all the deck design for our game (because he did!). The game is designed and playtested, and right now we’re working on getting all the art done. As this is a card game, there is quite a bit of art. You should see Sentinels of Earth-Prime this summer. 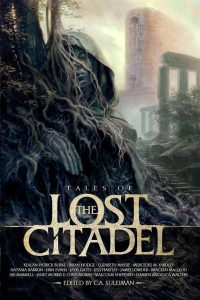 If you enjoyed last year’s hugely successful Critical Role: Tal’Dorei Campaign Setting, we’ve got more Fifth Edition fun for you this year. First, we’ve got Lost Citadel Roleplaying, a campaign setting we also funded on Kickstarter. It’s a world where the dead roam at will and all the survivors have taken refuge in the city of Redoubt. Only its walls and the strength of its inhabitants stand between the dead and annihilation. Lost Citadel Roleplaying is in layout now and should be available for pre-order soon.

Later this spring we’re running a crowdfunding campaign on Game On Tabletop to bring back a Green Ronin classic for Fifth Edition: The Book of Fiends! Older fans will remember this book from the Third Edition era. It was one of our best selling and most critically acclaimed books in the d20 days, so it only made sense to bring it back. Demons, daemons, and devils will be yours in abundance! Rob Schwalb, one of the book’s original designers and also a member of the D&D Fifth Edition design team, updated all the existing fiends and added new ones too. You’d expect no less from the man behind Shadow of the Demon Lord!

That wraps up part 2 of our look at 2019. Come back for the final installment tomorrow to learn about Modern AGE, Fantasy AGE, and Dragon Age.