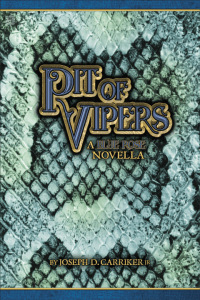 In February, we released Shadowtide, the first novel from Nisaba Press set in Green Ronin’s Blue Rose game setting. Shadowtide’s story focuses on a trio of the Sovereign’s Finest who are far from home in the hive of scum and smugglers known as Serpent’s Haven. The story follows this trio as well as the various friends, lovers, and family they meet along the way. Though Shadowtide’s narrative is complete within the novel, there are threads aplenty to be picked up by future novels, as well.

While working on my edits, Jaym Gates pointed out a certain element of the story that felt unfinished. Without going into spoilers, our heroes promised to help some new friends to get out of the dangerous Serpent’s Haven. Unfortunately, with the way things worked out, it was impossible for them to do that. Our heroes returned home to Aldis to lick their wounds and grieve their losses, forced to leave those friends behind—but in the Kingdom of the Blue Rose, our heroes keep their promises and don’t leave their friends behind, at least not without doing something about it.

And that is how Pit of Vipers came to be. Releasing this week, Pit of Vipers is an e-book only novella featuring the night woman envoy Ydah and her return (with her new apprentice envoy) to Serpent’s Haven in order to set things right…though they learn that not all has been quiescent in their time away.

Pit of Vipers will be available later this week, but you can order your own copy of Shadowtide: A Blue Rose novel, right here! (also available in digital formats.)


Also be sure to check out A Guide to Shadowtide, a free PDF supplement for the Blue Rose AGE RPG, and Shadowtide: Recipes from Aldea by Jess Hartley!