The worlds we create certainly can take on a life of their own. That has been my experience with Freedom City, the central starting point for the Earth-Prime setting for Mutants & Masterminds, now the focus of two major forthcoming projects that reflect the history of the setting and its future. 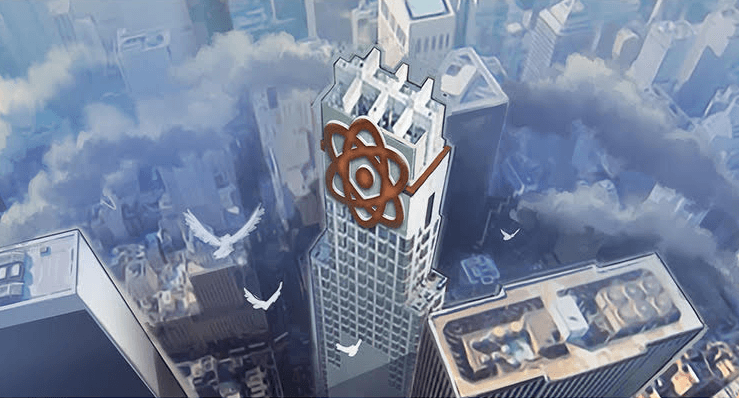 Over on Kickstarter, the Sentinels of Earth-Prime card game takes the hugely popular Sentinels of the Multiverse and brings its game mechanics and design to Freedom City, focusing on the “classic” era of the second edition of the Freedom City sourcebook from 2005, and the Freedom League of that time, along with some of their most fiendish foes, like Omega, Argo, Hades, and the Meta-Mind of the alien Grue Unity.

For M&M fans new to the card game, Sentinels pits teams of heroes up against the challenges of particular villains and environments, using decks of cards to represent all of those factors, and emphasizing just the kind of heroic teamwork the Freedom League is know for. For Sentinels fans new to Mutants & Masterminds, the Freedom City setting is meant to capture the classic feel of the superhero comics and offer a setting for telling all kinds of stories in a roleplaying context. If you’re unfamiliar with the heroes of the Freedom League or their foes, worry not! We have plans to profile all of the characters in the days to come while the Kickstarter is ongoing, along with providing you with some looks at Freedom City, its history, geography, and feel as a setting

For those who’d prefer not to wait, of course, you can find out plenty about the larger context of the Earth-Prime setting in the Atlas of Earth-Prime, Emerald City, Hero High, and Cosmic Handbook sourcebooks, available in print and PDF from the Green Ronin online store. Speaking of which….

Freedom City is also getting some much-needed attention from the roleplaying side of things in the forthcoming third edition of the Freedom City setting sourcebook, which rounds out all of those previously mentioned setting books to provide a complete look at Earth-Prime. More than ten years after the events in the previous edition of Freedom City that is the focus for Sentinels of Earth-Prime, the Freedom League and other elements of the world have seen some changes: Older heroes have retired, passing on their mantles to a new generation, and new heroes have appeared, often with ties to past events.

Captain Thunder and Lady Liberty have both lost their powers and left the Freedom League, but the Light of Liberty has chosen a successor, and Captain Thunder’s son, Ray, Jr., has graduated from the Next-Gen and the Claremont Academy to take his father’s place in the League, although not in quite the form anyone expected. Likewise, the Raven has followed in her father’s footsteps to pass her dark cloak and experience on to a young hero operating out of New York City (as detailed in Atlas of Earth-Prime) to take up a career in politics. Meanwhile, the previous “rookie” heroes of the League like Bowman, Johnny Rocket, and Star Knight are now seasoned veterans, helping out the “new kids” like Thunderbolt, Lady Liberty, and Centuria, the daughter of the legendary hero Centurion from an alternate Earth destroyed by Omega. The ageless and immortal members of the team, like Daedalus, Dr. Metropolis, and Siren, remain largely unchanged, although Daedalus’ involvement in aiding alien refugees from the shattered Lor Republic has led some earthly authorities to question his loyalties.

And that’s just within the ranks of the Freedom League! The new edition of Freedom City also looks at various other heroes of the setting, like the Atom Family, along with the ranks of some of Earth-Prime’s most infamous villains, nearly a hundred characters in all. This is combined with new and updated art and additional views of Freedom City like those seen here.

Now On Kickstarter: Sentinels of Earth-Prime
Scroll to top