In a previous Ronin Roundtable, we mentioned a little bit about the Character Hooks mechanic we developed for Envoys to the Mount. In this Ronin Roundtable, we’re going to introduce you to not only the Hooks themselves, but how players select and use them, along with a sample of one of them.

At the beginning of game play, the Narrator will pass around a sheet that summarizes the Hooks used in the campaign. Players choose these Hooks based on the summaries, allowing them to focus on the role they want to play within the chronicle. This is an example of the Vata Hook summary:

The arcane runs through your veins as surely as blood does. You might be one of the pale vata’an, graceful and ethereal. Or you might be one of the umbral vata’sha, whispered about by the ignorant and superstitious. Regardless, you are an inheritor of the ancient legacy of the lost vatazin people. You might have been born to entirely human parents, or perhaps one (or both) of your parents are vata themselves. No matter your origins, you have found a place among the Sovereign’s Finest.

Choose This Hook: If you want to play a vata character in this campaign, a character with a mystical heritage who will begin to uncover ancient secrets about their people. 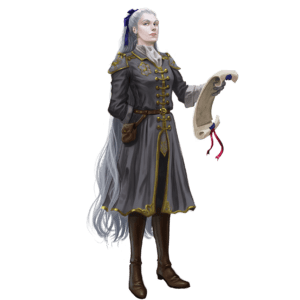 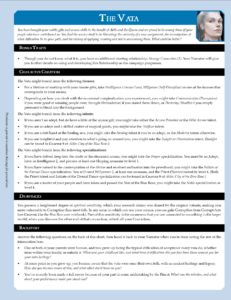 Once all of the players have chosen their Hooks, the Narrator then gives each a handout which contains the following information. We have included the Handout for the Vata Hook here as well, so you can see what it all looks like.

Envoys to the Mount is available for pre-order now in our online store, and on DrivethruRPG!

Don’t forget, you can also pick up the Nisaba Press anthology Tales from the Mount along with your PDF (also available on Drivethru), or select the add-on offer with the print version of Envoys to the Mount, for just $5!

And did we mention there were free pre-generated characters for Envoys? Just in case you wanted to get playing right away! Shocking no one, they are on DrivethruRPG as well!